EXPERIENCE MAKES US EXPERTS IN BUSINESS,

FINANCE AND THE INVESTMENT LANDSCAPE. 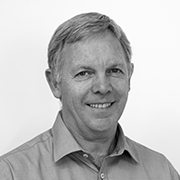 Some of Peter’s other leadership roles include:

Peter Doyle, previously CEO of Metropolitan, serves as Chairman on the SAAD board.

Having started his career with an international student internship programme in London, Peter started with Metropolitan in Cape Town in 1980 where he fulfilled various roles up until 2008.

Throughout this time, he was also involved in various other ventures, including as a Council Member and later president of the Actuarial Society of South Africa (ASSA), director of the Life Offices Association and as a non-executive chairman of the Metropolitan Foundation. More recently, Peter has been active within the International Actuarial Association (IAA) as a council member.

He has also contributed greatly towards HIV/AIDS research throughout his career – from leading a team in developing an actuarial model and presenting papers on the subject, to ultimately contributing to a better understanding of the HIV/AIDS epidemic in Africa and its impact on the continent. 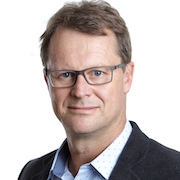 Omri’s other leadership roles include:

Omri Thomas is an experienced investment professional and a shareholder in Abax Investments, a boutique asset manager.

After completing his articles at PWC, Omri joined Old Mutual in Cape Town as a small cap equity analyst. He progressed to become an industrial analyst, and headed the industrial sector team at Old Mutual. In 2003 he joined Sanlam Investment Management as the Head of Research and managed the award-winning Sanlam Value Fund. In 2005 he became the Chief Investment Officer of Sanlam Investment Management. Omri joined Abax Investments in 2007 as a shareholder and director, participating in the growth of their AUM from R13bn to the current R90bn they manage. 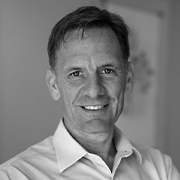 Johan’s other leadership roles include serving as a board member for a number of entities including:

Johan du Preez is an experienced CEO and is well known for his turnaround expertise and is the founder of SAAD Investment Holdings and the Tree of Life Foundation.

He began his career in the USA (California, 1991) where he specialised in the turnaround of large retail “drug” stores (for American Drug Stores, a retail group that owned more than 700 stores). He then moved on to managed healthcare (medical insurance and risk management) and was part of a core team that created a national claims processor (RxAmerica) allowing pharmacies to submit their claims to medical insurers online and in real-time (via a satellite link).

Upon his return to South Africa, he was instrumental in the turnaround of Sanlam Health (health insurance, CEO 1999–2001), led Glacier by Sanlam (retail investments, CEO 2002–2004) and headed the start-up of the financing company Quince Capital (CEO 2006–2009).

He acted as the CEO of the then JSE-listed pharmaceutical company, Cipla Medpro South Africa (August 2012 to June 2013) and during this time concluded an R4.5 billion transaction with Cipla India that saw the delisting of Cipla Medpro. During his involvement with the Sanlam Group, he served on the executive committees of Sanlam Life and Sanlam Investment Management.

Johan obtained the degree M.Pharm in 1989 (University of Pretoria) and holds an MBA from National University in San Diego, California (1996). 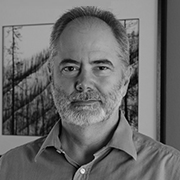 Emile’s other leadership roles include:

Emile Wessels is a lawyer turned businessman, with significant experience in strategy development and implementation.

After lecturing at the University of Stellenbosch, Emile joined Sanlam where he specialised in taxation. During Sanlam’s demutualisation, he coordinated the legal work, served on the steering committee and was a member of the executive team consulting with Cosatu, consumer bodies, etc.

After Sanlam’s demutualisation, he was appointed as CEO of Sanlam Personal Portfolios. When this company merged with Innofin, a joint venture between Sanlam and Macquarie Bank of Australia, he became divisional director responsible for product development and business solutions. In this role, he drafted the Sanlam Group strategy for the penetration of the affluent market, which culminated in the launch of Glacier by Sanlam. Glacier’s business retention strategy was so successful that it became an International Insurance Advisory Board case study.

He also served as chairman of Lispa, one of the industry associations that merged to form ASISA, during an exciting time, which included negotiations with the regulator and the SARB on the implementation of FAIS, FICA and new exchange control requirements.

After leaving Sanlam, he consulted to various companies before joining SAAD fulltime. 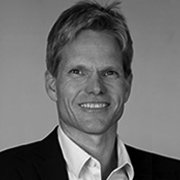 Coenie’s other leadership roles include

Coenie de Villiers is a former RMB investment banker with 22 years of deal experience and a strong leadership track record in growing teams.

Coenie joined SAAD in April 2020 after more than 15 years at Rand Merchant Bank. He was appointed at RMB in September 2004 as Leverage Finance dealmaker in RMB’s then-fledgling Cape Town office. Coenie became Head of Investment Banking in Cape Town in 2010 and served on the Investment Banking Board for 5 years when he became the Business Development Director for the Western Cape in 2015. As dealmaker Coenie played a leading role in various milestone local and offshore corporate transactions across the merchant banking product set. Over many years Coenie also fulfilled a key client and leadership role at RMB, served as an internal coach in the bank and has helped grown RMB’s local office into the leading investment banking franchise in the region.

Prior to RMB, Coenie also spent 7 years at the structured finance firm Mettle whereas a dealmaker he was involved in various syndicated lending, debt origination and structured finance transactions for many large listed corporates.

During 1995 Coenie also worked at the Law Faculty of the University of Regensburg in Germany as a research assistant.

Coenie is an admitted attorney and his academic qualifications include LL.M in Mercantile and Tax Law (UNISA); LL.B (University of Stellenbosch); Bachelor of Science in Business Administration (Major: Finance) (University of Tennessee, USA) and Higher Diploma in Tax Law (University of Cape Town). 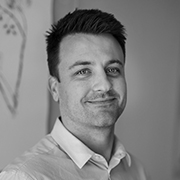 Johann’s other leadership roles include:

Johann Snyman is an experienced debt and equity dealmaker and investment professional.

After an early career in financial management, Johann entered the world of dealmaking and structured finance when he joined FNB Business as a Leveraged Finance dealmaker in 2011. During his tenure in the FNB Leveraged Finance team, he paid out – amongst others – deals in the motor vehicle, carbonated soft drinks, and wholesale fuel distributor industries. He furthermore secured the first-ever mezzanine debt loan approval and payout in FNB Business’ history.

In 2014 he was offered the opportunity to oversee FNB Business’ New Business Acquisitions team in the Western Cape – a role which he accepted and in which he managed a small, niche team of specialist New Business dealmakers, who were tasked with the structuring of lending transactions, the onboarding of New-to-Bank clients, and the management and coordination of the region’s various New Business development initiatives.

He joined SAAD in September 2016 and is intimately involved across the full spectrum of the business’ private equity initiatives – from deal origination stage to post-transaction value creation. 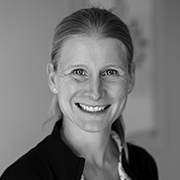 Lindie Keller is a finance professional with extensive financial reporting experience gained in South Africa and the United Kingdom.

After completing her articles at LDP Chartered Accountants and Auditors in Stellenbosch, Lindie left for London in 2005. During her time in the UK, she worked at various companies, i.e. Alliance Healthcare (part of the Walgreens Alliance Boots Group), Sotheby’s, Which? (Consumers Association), Merlin Entertainments Group and The Carbon Trust. She gained extensive experience in financial and statutory reporting, internal controls and various accounting software systems.

While living in the UK, Lindie was an avid traveller and visited various places across Europe and the USA. She returned to South Africa, 11 years later, with a husband and 3 children and joined SAAD as Head of Finance at the end of 2016.